With each project I typically try and identify gaps in my skill set or portfolio and build a project around filling in one or more of those gaps. With this project I'm aiming to tackle a female character, something I've frequently overlooked in the past. I'm also wanting to focus on my hand-painted skills. In the past the majority of my projects were hand-painted but I always felt like I was making mistakes, especially in materials such as metal, hence why I'll be making an armored warrior type character. I would often look at other hand-painted artworks and instantly I could tell my work just wasn't up to the same standard. So I'm aiming to effectively overhaul my hand-painted abilities with this project and bring them up to industry standard.

For the character itself I've also a few goals. Firstly I'm wanting to go against some of the silly trends seen in many games of overly sexualised female warriors. You know the type I'm walking about. Midriffs, cleavage, high heels, boob breastplates, armor that covers about 20% of the body. The same goes for the characters face. I'll be trying to avoid the standard "pixie" face that so many characters seem to use. I get why these trends are used but I'd like to make a character that stands out and people can relate too. So un-conventional features perhaps. I also had a few armor features that I really liked the look of going into this project that I knew I really wanted to incorporate. Those being some sort of neck-guard and banner/sash style elements on some part of the armor. Lastly, I really wanted to tackle designing a suit of armour. The layers and complexity of armor can be daunting so I wanted to challenge myself to see if I could create a stylized yet also reasonably maneuverable set.

Much of the inspiration for this character came from Meve from Thronebreaker: The Witcher Tales as well as similar characters such as Cassandra from Dragon Age: Inquisition and Brienne from Game of Thrones.

So the major goals are as follows:

I watched a great tutorial by Marc Brunet on character design to get my mind-space right and get some pointers that may assist me in designing the armour.

I started with thumbnails, designing 9 different armour sets, They can be seen below. They're messy but the aim was to build some different forms and mess with different shapes to try and find a design I liked. As mentioned earlier, I knew I wanted some sort of neckguard as well as sashes so every design features these in some way. From the 9 I felt that 2, 3, 6, 8, & 9 were closest to what I was looking for. I liked pretty much all of them but these were definitely the closest to my original vision. I ultimately narrowed it down to 2 and 8 before finalizing on 8.

After this I focused on blocking in the majority of the mid and small sized details. I'm no 2D artist so it's no masterpiece but I'll likely experiment in 3D to come up with the smallest details. I just wanted to get a rough idea of what I was creating before I moved over to 3D. You can find my finalized concept below the thumbnails. Marc's tutorial helped me focus on the motif's and the "hook" of my character. Those being the regular arrow style shapes embellished around the armor with the hook being the split look of much of her armor e.g. the splits in her neckguard, tabard/plateskirt, sashes, sword & shield as well as the half bracers and shinguard's. Again, I may experiment with this even further in 3D. That's all for now, thanks for reading. Any feedback is welcome. 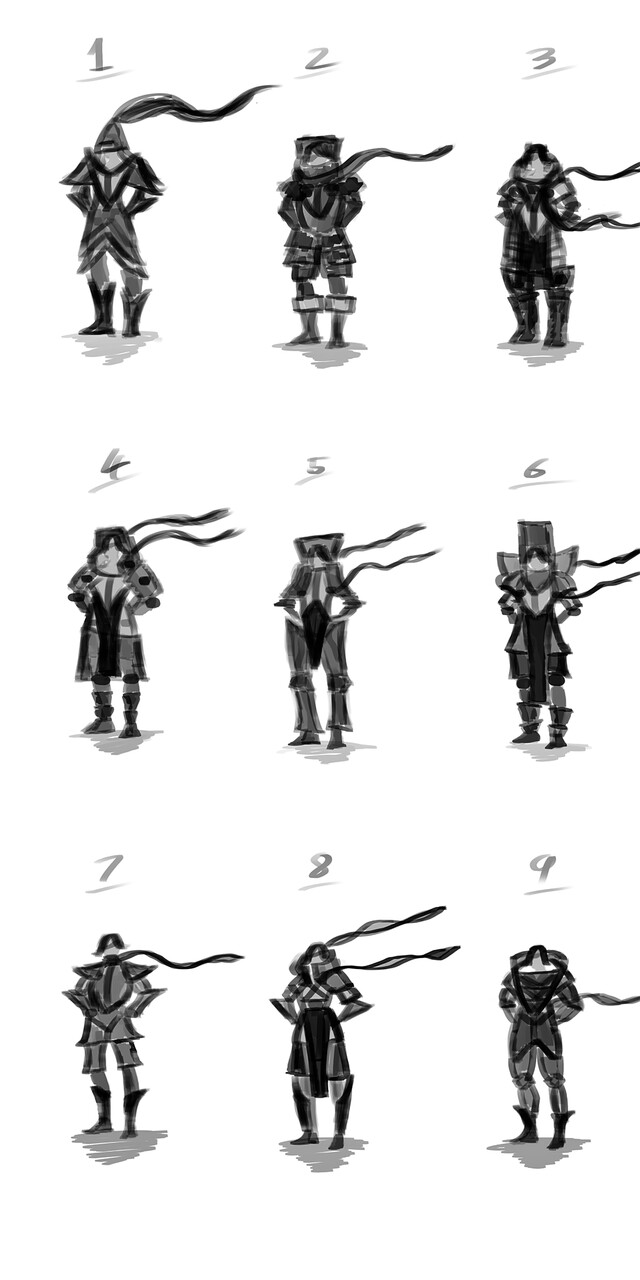 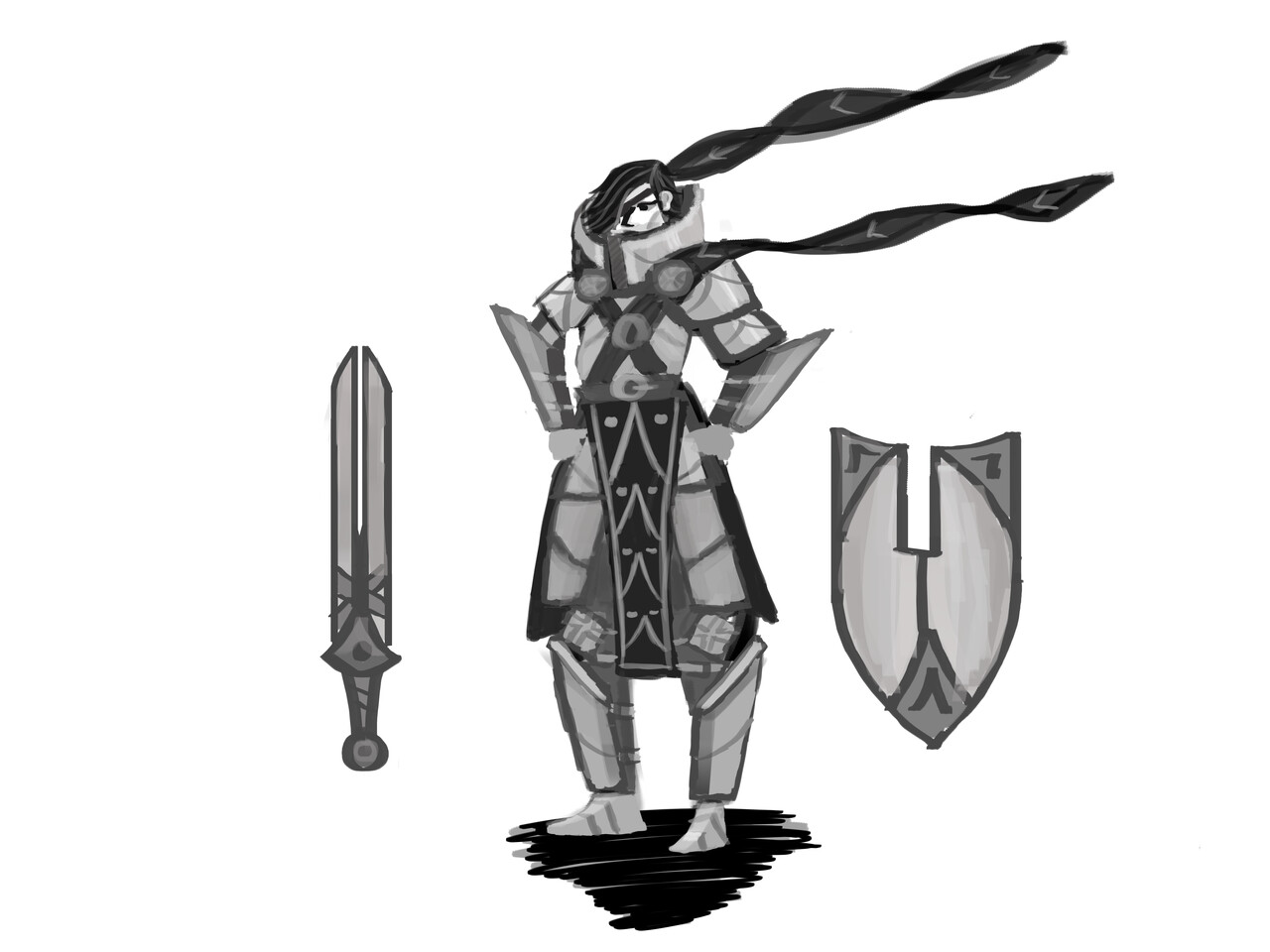